Continuing my reviews of gems out of Amazon Prime Video, this is Giant From the Unknown from 1958, when studios must have put on a second shift to turn these out, because there are so many from that year. Details are from Wikipedia.

The main characters are:

I’m making no attempt to analyze this critically. Take that it is bad. Just bad. Here’s what happens.

This is Pine Ridge, presumably in California. People gathered in the main street (could be the only street), and they have troubling issues on their minds. Something has been killing and mutilating live stock. The conversation is standard: “I’m telling you there’s something mighty strange going on around here.” Satisfied? 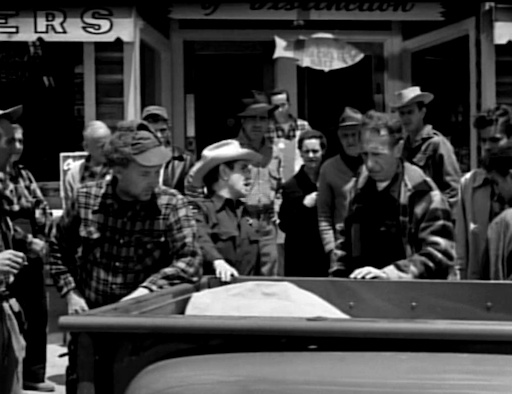 The sheriff rolls up in a pickup truck. He’s been out to investigate, and a man is dead, brutally savaged, if that’s not redundant. About this time Wayne Brooks strolls into town. He’s been shifting in the boondocks for several days, and he’s not up on the recent happenings. His friends, Anne and Charlie bring him up to speed. We suspect Anne is sweet on Wayne, but be prepared. She will not survive the movie. 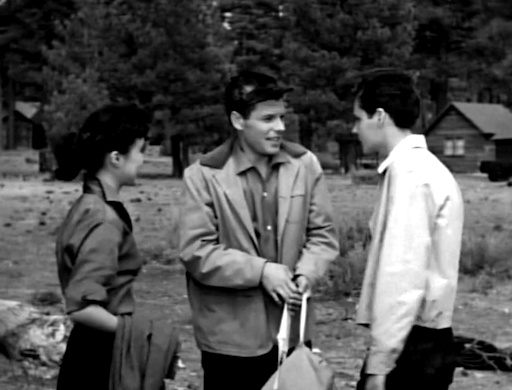 The sheriff instructs Wayne in no uncertain terms he is supposed to stay away from Devil’s Canyon, the apparent trouble spot. There is tension between the two.

Next to arrive are Dr. Cleveland and his striking daughter, Janet. Wayne fixes on Janet, and the two hit it off. Too bad for Anne. Dr. Cleveland is doing archeology in the region, and that’s an interest of Wayne’s. He shows the Clevelands his collection. Janet is horrified at the lizard Wayne keeps in a box. Wayne found it encased in a rock up in the danger region, now alive and free after millions of years. Things are getting interesting. 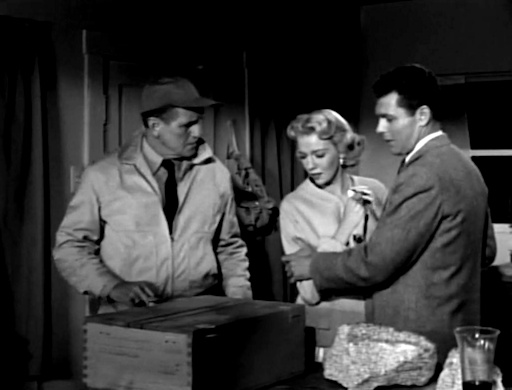 Wayne and the Clevelands go on an expedition in the Devil’s Canyon area. A local character named Indian Joe fires a shot from his rifle over Wayne’s head. The two are friends, but Joe wants to remind Wayne and his friends to steer clear of Indian burial sites. Joe is kind of weird, living alone in a cabin, speaking fractured English. He recalls the Injun Joe character in Tom Sawyer, but without the sinister streak. 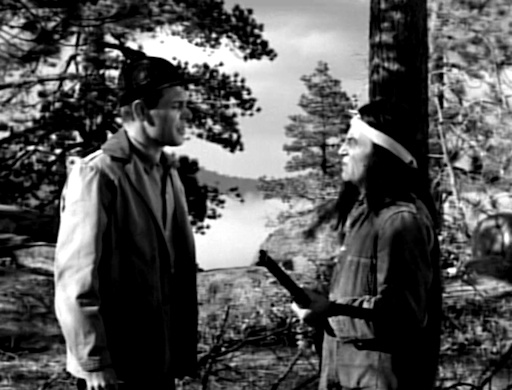 Dr. Cleveland is looking for the remains of a Spanish expedition that was suspected of taking a sweep through the region in the days of the conquistadors. A particular character in the expedition was Vargas the Giant, giving title to this movie. Searching for metal (Spanish armor), the three find Spanish helmets and a breast plate that is large enough to fit the legendary Vargas. They leave, and a large hand, then the rest of the body, emerge from the ground. Vargas has been resurrected from his grave. 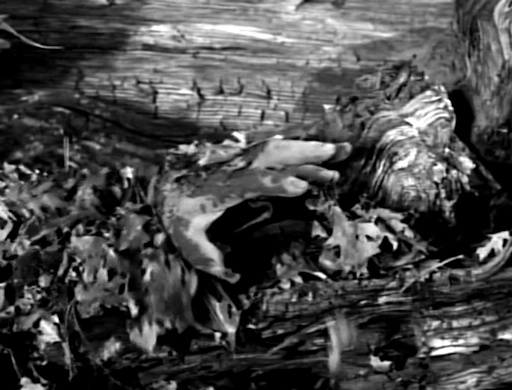 A bunch of stuff goes on that I will not get into. Suffice that Vargas is huge and deadly, and sweet Anne is alone when Vargas comes upon her. She is too frightened to run, and that’s the end of her. Do you notice that when encountering frightening threats, the victims in these movies are always too frightened to run? They just scream and throw up their arms in a futile attempt to ward off the inevitable. It’s a formula. 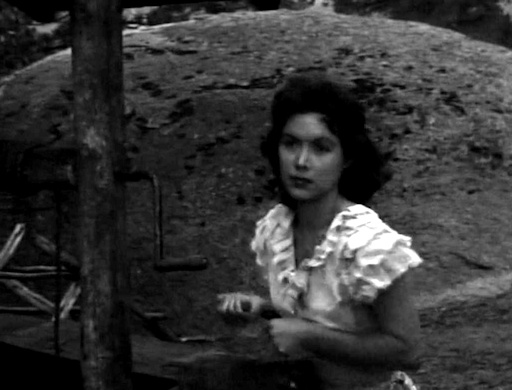 They find Joe murdered in his cabin. Vargas kidnaps Janet. Why Janet doesn’t go the same way as Anne we never come to know. Anyhow, that launches a massive search for Vargas. 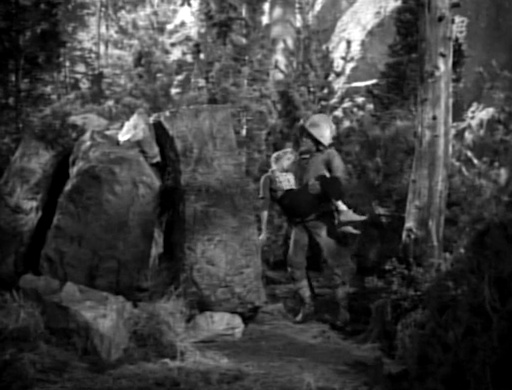 Janet is rescued, and there begins a protracted fight to hunt down and subdue Vargas. Here is a good shot of his face. 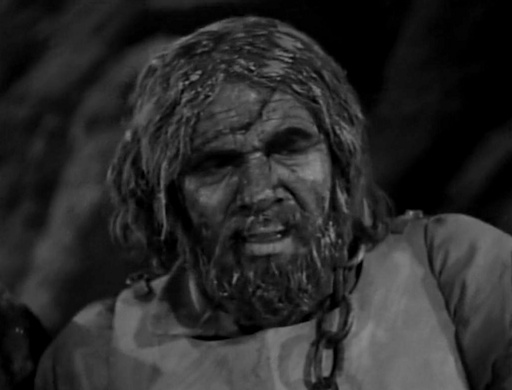 Wayne becomes the hero of the day when he goes one-on-one with Vargas. Vargas swings and misses, crashing through the railing on the bridge above the falls. 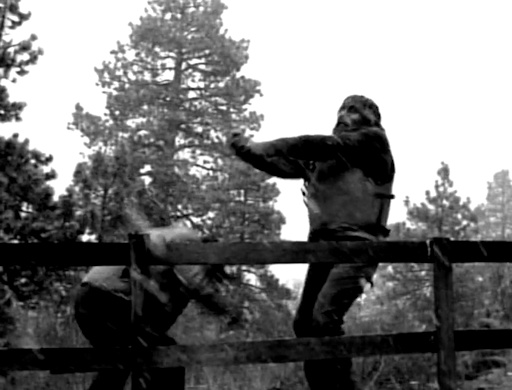 Directing is not so bad. Acting is amateurish. The plot is juvenile. Look at this:

Charlie is despondent at the death of his sister, but he joins in the hunt. Since he’s a kid he isn’t allowed to go on the hunt, but he is assigned to bring food from the town. He arrives at the camp having forgotten to bring the food.

Charlie feels he is being treated like a kid, and he toes looking for Vargas on his own. He comes upon “Bill,” who is apparently standing sentry duty. Bill falls over dead. Nothing more is said about Bill’s death.

They corner Vargas and do battle. They fire their guns. Vargas throws rocks. They give it up and call it a night. The fight will resume in the morning.

Well into the movie, while everybody is trying to figure out what’s killing the livestock and the people, we see Vargas emerge from his grave. Who was doing all that mischief while Vargas was buried underground?

One thought on “Bad Movie of the Week”