A woman writes a best-selling book for women warning them about the “dangers” of men. A handsome photographer for a national magazine arrives in her town to do a feature story on her. Complications ensue.

It’s been 62 years since I saw it, but it was fun watch David Niven and Joan Caufield spar for 80 or so minutes before they finally realize they should be making babies.

But this is about another lady who said no:

Co-host of the Dallas, Texas talk show The Broadcast, Amy Kushnir, joined Shannon Bream on the Kelly File on Thursday.

Kushnir made news earlier this week after she stormed off the set of The Broadcast during a discussion on St. Louis Rams defensive end Michael Sam.

Television coverage showed Sam kissing his boyfriend shortly after being drafted by the AFC West team.

Apparently Amy wants to warn men about the “dangers” of men. My, how times have changed:

In olden days a glimpse of stocking Was looked on as something shocking, But now, God knows, Anything Goes. 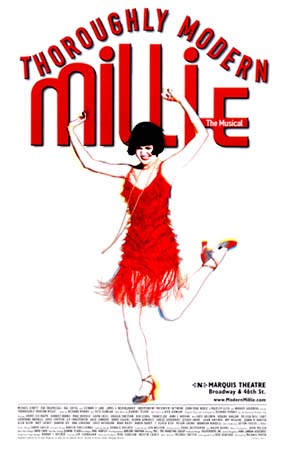 Readers, this is not  1922. It takes more to shock us these days. What, you may ask? Like two men kissing:

KUSHNIR: Well in this case, we were specifically talking about the Michael Sam incident, the kissing incident. And so, we were really focusing on that and what came to my mind initially was just that, I didn’t feel it was appropriate. It was actually over the top. ESPN used it as an opportunity to put out shocking video when ESPN is a sports network that families watch. I mean, we’ve got children that play sports. They watch ESPN all the time. So, it bothered me that they used this as on opportunity to promote their left wing agenda in my opinion.

Apparently Kushnir has not always been so easily shocked. CNN anchor Anderson Cooper, who is openly homosexual, had some fun at Kushnir’s expense. He discussed her comment on his “Ridiculist” segment:

“To Amy Kushnir’s argument that nobody shows football players kissing their wives or girlfriends, that’s simply not true and I don’t think she’s being honest when she wouldn’t want to see that either,” Cooper said during the segment (above). “If you’re uncomfortable seeing some kind of affection… why not just say that and leave the excuses about why you’re uncomfortable where they belong: on ‘The Ridiculist.’”

Cooper, however, unearthed footage that suggests otherwise, as Kushnir once sat in the arms of two buff, shirtless Chippendales dancers on her own TV show, and (gasp!) kissed each one on the cheek.

“It’s okay, she was kissing strippers. And she didn’t really even know them,” Cooper said after airing the evidence of her hypocrisy. “It’s not like two guys who were in love, or anything. That’s offensive.”

I would have advised Kushnir to “get a room.” But wait. These are strippers. What strippers are all about is doing in public what society wants you to do in private.

What Amy Kushnir did not do is express her true beliefs—what is really in her heart. I will express it for her: “Men sucking other men’s dicks is disgusting. These people are living in sin and will burn in Hell. The Bible says so.” She didn’t say that. She couldn’t say that. But others did. When Yahoo News posted the story on line it received scores of comments. My first glimpse reaffirmed the dark nature of my fellow citizens. Some typical examples:

It is truly funny how people try to twist and turn the WORD of GOD to fit them and their preferences or use one scripture to dispel another. The truth is “All scripture is given by inspiration of God, and is profitable for doctrine, for reproof, for correction, for instruction in righteousness:” 2 Timothy 3:16.. So we as people know not how to do good but only bad and we NEED the WORD of GOD to instruct us in righteousness. That is why the world is so messed up they have no instruction every one does what they “feel” is right and what “pleases” them self. Wake up people the world is sin and we must be transformed from the world by the renewing of our minds through CHRIST JESUS.
Romans 12:2 (NKJV)
2 And do not be conformed to this world, but be transformed by the renewing of your mind, that you may prove what is that good and acceptable and perfect will of God.

If its not BIBLE don’t do it. simple enough right.

It’s madness, men with men, women with women. What’s next? It’s a slippery slope leading to destruction. Oh that men would repent and turn from sin and worship Jesus Christ in Spirit and Truth!

As soon as they went to kiss we turned the channel,waited a few minutes then went back.Wish they had used a delay like in the old days.ESPN should be ashamed of themselves.And who watches that Copper guy anyway and who cares what he has to say?Not I that is for sure.

I don’t want to see two men kissing either, I don’t care what anybody have to say.

So we should be tolerant to Mr. Anderson’s beliefs regarding homosexuality, but intolerant to the Dallas anchor’s. Got it. #hypocrisy

Anderson Cooper is a instigator and and now will watch less of him and CNN for news. He has gotten completely biased a lot of time when covering controversial social issues. I hadn’t known before that he was gay, but that explains a lot of his biased coverage now. What a twit !
And !, … Yes ! … they didn’t need to cramp that gay openly kissing scene in the faces of any and all who object to that behavior.

Wait till the day SAM is cut from an nfl team and ALL you will hear is that his sexuality got him cut from the team not that he just could not make it in the NFL!

Anderson Cooper just went full on #$%$ in his so called objective reporting, so long CNN and hello politically correct bad news. I don’t care that he’s gay, I do care when he defends them no matter what even when they’re pushing everyone’s buttons

Like many, if not most reasonable people I dont HATE homosexuals. i don’t HATE Mr. Sam. I just disagree with the morality of the lifestyle. THAT’S MY RIGHT!!! So please Mr. Cooper and your supporters don’t tell me what to believe or accept. THAT IS NOT YOUR RIGHT!!!. Basically the Sam moment was nothing more than shock journalism to get viewers and prove how contemporary ESPN is!! It may have backfired. Heterosexuality is still far and away the dominant option in society. I didn’t watch ESPN for 2 days after because I really don’t like to get a clip of two dudes sucking face popped in front of me! I am proud to be a red blooded girl loving white american male!!!!! NO APOLOGIES!!

There is obviously more than “a glimpse of stocking” involved here.